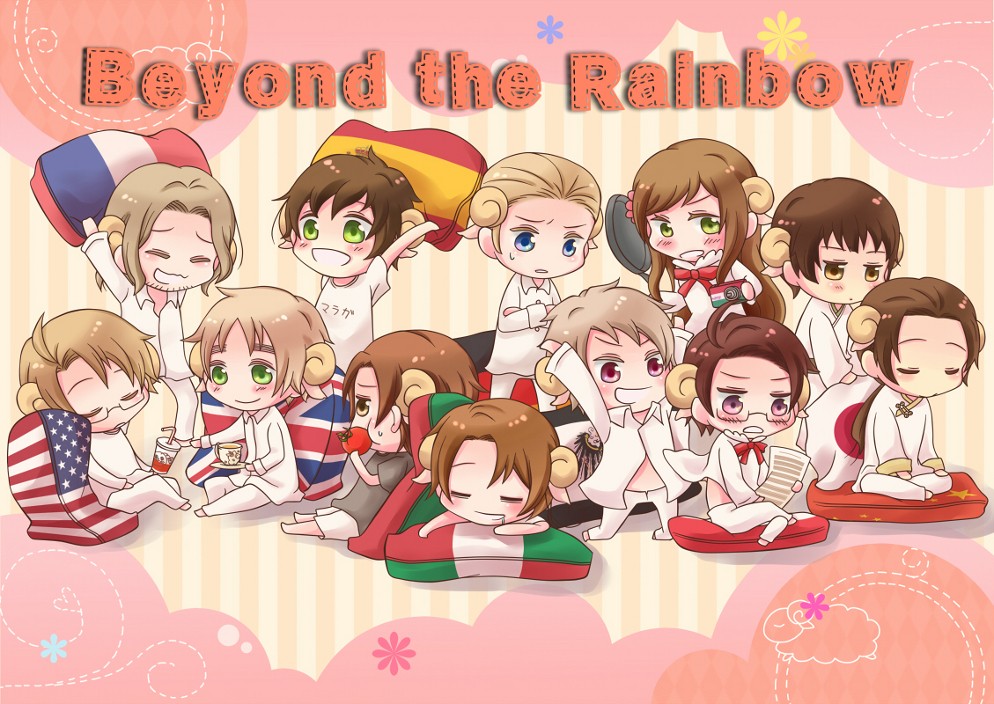 GerIta on my pizza~

GerIta on my pizza~

Never been good at titles 8'|
ANYWAY, HELLO THEREEEEE! ;D
I'm so glad to see that in this studio there are many people I've already talked to on YouTube, and also people I know by sight! :'D World is little, right? *hugs everyone*
well, before starting my presentation... well, you just have to know I'm rallyreallyreally shy... .__. and this sucks... so sometimes I find really difficult talking about myself.... *blushes*

So... let's start!
My full name is Margherita, and it's quite a common name in different countries, because in English it's Daisy, in Spanish Margarita and in a Scandinavian language it's Ingrid... I think....... However, I GET OFFENDED IF YOU CALL ME WITH MY FULL NAME! 8/ I mean, it's long and it sounds so formal..... Just call me with a nickname, which can be Margi, Iysha or..
SPAINU. °v° *stares at Apple uhuhuhuhuhuhuh*
pfffff, well, since I like also random nicknames you can call me whatever you want x°°
aaaaaand, I'm Italian! I live in the North-West of the Country (yes, I'm in Veneziano's territory) and I live quite near France, since it takes only 2 hours to drive from here to the border ;D (but I can's speak French, I can only understand it quite good because it's a bit similar to Italian) I'm really patriotic, so I live my Country! >8D ......and if you are wondering, YES I FREAKING LIKE PASTA, PIZZA, BRUSCHETTA AND STUFF! 8D lol (my currently favourite is pizza with wurstel.... and when I eat it I have that GerIta feeling.... omg) ahhhhh, so delicious~ I also like candies, cookies and sweets in general, but I quite never eat them.... badforthefitness awww I like also Chinese food! :Q____ and sushi! and smørrebrød! 8| (well, it depends on what's on the top of that! xD) OK, I SHOULD STOP TALKING ABOUT FOOD. °A°
The language I can speak are Italian, English and something Spanish, because I studied it at Scuola Media but I've already forgotten it. I'm learning Japanese! :D
I love editing vids as you can probabily see xD I edit since.... 2009? kinda? I've already edited with movieclips of lots of animes, but now that I discovered Hetalia and pics-editing.... well now I'm making vids only about that xD
My favourite mangas/animes are Hetalia, Mirai Nikki, Negima, Durarara, Host Club, Junjou Romantica, 07-Ghost, Angel Beats, KoiSuru Boukun, Umineko No Naku Koro Ni, Pandora Hearts, FullMetal Alchemist, Tsubasa and ebhfihfklnewqifnqwpgivnqergvqeipgnvq so many other ones! @A@ so, as you can see, I like shounen mostly, but also yaoi eheheheh~ (but I don't like yuri..) and if I start telling you my most favourite characters, well it will take ages.... so you just have to know I really like Norway, and that's why I've choosen him as my rep. chara.... just wanted to say something obvious, sometimes I need to.
I also like playing the violin and drawing! ;D and to annoy my sister
I LOVE listening to music! I live with headphones in my ears x°° I like rock music most, but also something metal awawawww my favourite group is Nephew! °ççç° *nosebleed* YOU DON'T KNOW THEM?! THOSE DANISH AWESOMENESS?! GO ON YOUTUBE AND LISTEN TO THEM NOW!! °A° and go to Denmark too, it's one of the most awesome Countries I've been to, and I'm sure it's one of the most awesome IN THE WORLD! *ç*

noooow.... I think I can stop here 8| how many people aren't sleeping now? x°°
bye byeeeee!~ see you soon! I can't wait to work with you all, awesome editors! 8D
*stalks the other members* 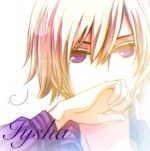 Uh, I think i still need to give you a nickname, too ;w; When everyone call you Margi, it's boring orz" I could call you Norgi ... -shot-
And all the italian food is soooo win *w* I could it them everyday~ In the morning german, at noon chinese and for dinner italian ... ... and at midnight I'd something Grecian .. I love Grecian ... oki, I stop talking about food here orz
Aw, and , aw~ Pandora Hearts, 07-Ghost, and Angel Beats are win *w* 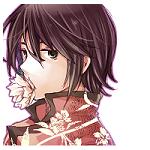 asjioadlasjdlkasjdklasjdlasjd Nephew!!! *3* i love them soo much~
oh god yeah you got taste ,damn straighT!! :'DDD
yeah let's go to denmark one of most awesome country >

you are also so happy to live in italy , god thats sounds all so amazing:'DD since i live in germany i can enjoy the awesome italian food aswell *3* we got so much italian food here :'D even more like german xD (well isn't my country epic? XD)

YUKIYUKI~:
ahahahah yees xD it ended up so long! and thinking that at the beginning I didn't know a single word to write... pfff xD
oh my ;w; thank you, dear~
OMG, YUKI. YOU KNOW. THAT NICKNAME. IS. SO. LOVELYYY~ ;A; *hugshugs*
ahahah cool! xD so you're multyetnical yourself! :3 daaaw I only eat Italian food... everyday... YESI'MABORINGPERSON! ohohohoh I'd love to eat Chinese so much too :Q_____ and yes! Grecian food is pretty good too! I ate it only twice... But I can't remember the names of the things I ate of course! xDDDD there was that thing with aubergine.... and that thing with potatoes.... delicious~~ *gurgle*<---I'm hungry now dammit! Dx
yeees~ that kind of animes that when they're finished you're like this: Y U SO(?) FINISHED?!?! OMGOMGOMG?!?! xD
ohoh I'm gonna stalk your introduction too, dear~ ;D

STANCY:
YOU LOVE NEPHEW TOO?? OMGOMGOMGOMG
I LOVE YOU ALREADY!
YOU'RE DANISHLY(?) AWESOME! *A*
YOU. ME. BROS. NOW! ( /°^°)/ (I have that strange feeling to call you brother oAo)
AND YAY! LET'S GO THEREEE!!~ <3
ohohohoh thank you!~ :'D ahd yohho! I'm happy you like Italian food! really? are there so many Italian restaurants in Germany? waaa I didn't know it xD cool!
and Germany is really an amazing Country too! 8D I've been to München in a school trip few years ago and I didn't want to come back home xD beautiful city~ and they say Berlin is far better, so I want to go there too!
so many places I want to see.... dammit >^<

8DD Yes! Mine ended up longer than expected, too xDD pfft
Jia! Norgi~~ *hug* Aw, I forgot .. you're my sister-in-law aren't you? That's awesome. Norgi <33
Uh, no I'm just chinese o.o But I eat a lot <w< And aw~ Italian food is awesome ;DDDD OMG ;W; The next time I can eat Italian food will be in August ;m; *dead* Here in China there aren't good foreign restaurants Dx (beside the expensive ones ... and the fast-food-restaurant ;m; ... though they also offer a lot of chinese stuff .__." sat in McDonald's once eating a peace of corn owo Like .. the food is healthy o.e)
Aw, I'll bring you original chinese food, when I come back 8D Hm, I haven't eaten it so often, too :3 But my family all love Grecian food xD We always eat something with lamb I think ..
aw *gives food*
uh, yes o.e especially Pandora Hearts Dx The end is horrible! They cannot make a second season anymore ;w;

ohh yes! it's hard to start, but when you're writing... PUFF! it's too much xD
yeeeeees! Norgi is your sister-in-law! WE'RE SISTERS-IN-LAW!!! 8D that's so cool eheheh~ *hugs back~~~~*
ahahah oh I know... sorry, I meant something else, but well, don't worry, it doesn't matter xD ahahahahahhaah I can eat really a lot too xD but now I'm trying to eat less :< well, I'm trying... because I don't do any sport, so it's better if I don't eat much xD ohhhh I'm so glad you like it! *U* fvbiejfvodevnceoadvowvoijew really? D8 omnmnmnm, what a pity! when you'll come back you'll eat a lotlotlotlot of it! so you can recuperate all the time you couldn't eat it! (<-- don't ask me which language was there in this sentence, because it wasn't English °A° NAAAAAAH WATEVAAAAAAAH xD) ahah but fortunately you're in a Country that has really good food! :Q____ (AHAHAHAHAH McDonald's food is healthy! pfff yeeeeees, why noooot *sarcasm*) and OMGOMGOMG you're awesome *ç*
ohoh I see :D so cool! we only eat Italian food... hardly ever some foreign food like Chinese or Japanese.... D: and pffffff grecian names are impossible to remember! xD
naaaw dankeee!! *eatseats* hereeee take some of this tooo 8DDDD
OMG YES. that endind pissed me off so much!!! Dx ask my sister! I annoyed her so much for days saying "that final was so horrible, senseless, bfuighdruigrhdorgouhruogheorsuhrgohirosghiouhgsrgrwohu, etcetera" and yeah, I don't think they'll make a second season for that...but the manga seems so awesome! it starts to be so complicated! I absolutely want to read it! 8D and 07-Ghost too! I'm reading that çvç love it~~